Benoist is a new private server starting in June. The server has a new set of rules to improve competition and keep the game world interesting, competitive and growing for a long time.

We’re already with 14 players and have room for more.

To find our discord: 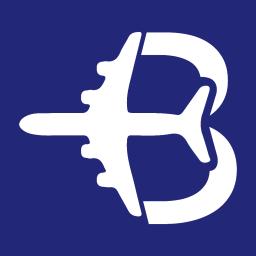 Check out the Benoist community on Discord - hang out with 19 other members and enjoy free voice and text chat.

And you can also message me in a DM.

The main differentiating rule set of Benoist revolves around the concept that it costs points to get traffic rights. Players are still able to build up massive airlines in the countries of their choice, and yet, because big countries like the USA and China are more expensive than small countries like the Maldives, players have a reason to open airlines in smaller countries.

To maintain progression over time and prevent saturation of the world within a short few months the demand of the world and the ability to open many new airline are reduced in a way that allows for an engaging experience from the start and still a lot of potential to be unlocked later on.

The setting of the game world will be:

The price to join is €18 per month

We’re currently at 15 players. So, there is still room for more players. If interested, visit the discord channel or contact me directly.

Do you have discord? Thats the best way to communicate as there is a discord server specifically for Benoist. There is still space available.

The Discord server link is invalid… Is there any other way to join?

The link seems to work again after I replaced it with a new one, but if it’s not working for you send me a pm.

For those who want to join, we’re already with 23 players, so not much room left. Please get on discord and all can be arranged to join the server.

Check out the Benoist community on Discord - hang out with 25 other members and enjoy free voice and text chat.

Is it full now bc I want to join

Yes there is room. For some reason the discord link keeps becoming unusable after some time. This link should work now:

Check out the Benoist community on Discord - hang out with 28 other members and enjoy free voice and text chat.

I hope this link will work Benoist

Hey, is there still space?