I am hoping to search for others who want to join me in taking a lead on a new game world. If you are interested please PM me and we can discuss. This is not a call looking for people to join a world. At least not yet. If plans go as planned, I will definitely continue posting here for new players and rules.

I came to a realization that just posting and asking people to join a game world that they don’t know the rules too wont really catch the eyes of people. So I have decided to have this post be about what I envision a world to be like in order to attract more people.

So to start off, my goal for this world is to appeal to all types of players. What I mean by this is that I want this world to be a platform for competitiveness, but at the same time have the ability for new players to grow. Along with its diverseness, I am really hoping to create to use the AirlineSim platform for form a more interactive game world community than some of the other game worlds. I have some ideas to achieve this. One idea I have is to create this interactive community on Discord, which gives the ability to create different topics and conversations. Another idea I have is to create a sub-topic dedicated to the virtual pilots. This is hopefully where we can schedule group flying events on live servers like Vatsim or any other live server. Of course you will also need a simulator to participate such as Xplane 11, P3D, FSX, and so on. The most intriguing part about this is that you don’t even need to be part of the AS game world to join that group. Once this world gains more traction I will definitely post the Discord link here.

Moving back to the AS game world, I said before I would like this game world to be for experienced players and newer players. The only way to make this a reality is rules. Here is my proposed rules. All these rules are just my idea and can change based on if participants want a change.

Nighttime bans: On
Dynamic turnarounds: On
Used Aircraft: Yes(apon agreement can reset number of used aircraft)
IL with own holding: Yes
Number of holdings to start: Start of with 4 to allow opportunities for everyone, will change later down the road(See below for more info)
Funds: Between 50M-100M per holding(Apon agreement)
Hubs: Limited at first(Will become free later on)

These are just a simplicity of rules for now. We will figure out IPO’s and stuff like that down the road.

This is my idea on how we can start off the world. At the start, everyone will have 4 or 3 allowed holdings to make. However, there will be restrictions on where they can place their holding. The world will be split up into its regions:

Everyone will be allowed one holding in each region. However, if one person does not want to set up in a region for some reason, there can be one region with two holdings. For example, I want an airline in the US, Europe, and Middle East, but I don’t see any other markets I am interested in in the other regions. I will be allowed to set up another holding in Europe, or the US, or Middle East. That would be the only exception. Once down the road, people will be allowed more holdings, however that rule will still apply to maintain fairness.

In order for me to fully commit to this project, I am still hoping for someone to tag along in setting this up. I am really hoping to have someone help with money management especially. This means helping round up the money from players and making everything accounted for. Of course you will also be considered a moderator as well. If you are willing to help out that would be very much appreciated. There will be more info about payments in the future. All I have to say now about that is that I am expecting first payments from everyone to be quartly and then moving to an optional monthly or quartly payment after. This is tentative of course.

My goal for this world is to be as unique as possible from other game worlds. Hopefully this world can become a reality. If you are interested in joining you can definitely PM me. However I will be keeping convos in PM’s for now until we get a bigger group for a Discord. Feel free to reply to this on the topic for advise or questions as well. 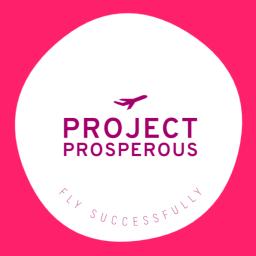 Check out the Project Prosperous community on Discord - hang out with 1 other members and enjoy free voice and text chat.

If you are interested please join this Discord server! Currently, the server is showing updates on how many people are committed and how many payments will look like with the current number. In order to start the world, all participants will need to agree to pay the given number based on the players. We are just starting so the server will gain life over time!

Just a question - why Project Prosperous Discord Server?
Good luck for your World!

It’s the first thing that popped into my head to be completely honest. It will probably change once more people have joined. Thanks for the luck!

How can you pass up on these markets!!? All of these markets are waiting to be taken!!! There is plenty of more space for more players!

But you know that Prosperous is another game of Simulogics?

Is it really? Wow, I did not know that. 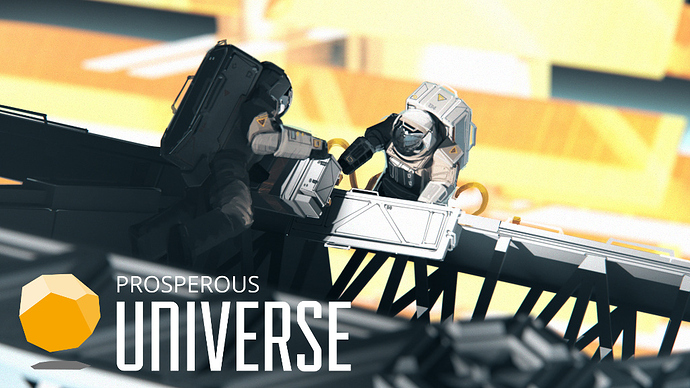 In Prosperous Universe, you are the CEO of your own spacefaring company. Explore the galaxy, design spaceships, forge alliances, and most importantly: produce, trade, transport, and profit. Manage your business through a highly customizable user...


I’m sorry mate, but that’s too close of a coincidence…

Also, you seem kind of new given the tones of your original message… isn’t there another Exclusive GM that already does your config? I don’t know. Additionally, however related I’m not sure there’s lots of AS players who also enjoy flight sims enough to warrant 25 players, much less 25 willing to pay EUR 15-30 a month for an exclusive server… I’d love to be wrong but I have my doubts on this.

Also, upon and Oceania. Sorry, it just bugs me too much.

There are enough players who are willing to invest 30 Euros per month to play on private setups. No doubt.
And yes, there are already worlds with a setup like Patriot is looking for but perhaps the world is already full or he wants to open his own world or he has another reason.

I have been here since 2018. I’ll give you this tho I am new at starting up an exclusive game world by myself. This is where we all start tho. Everyone starts off where I am😀. And believe when I say this Prosperous Universe never crossed my mind when creating this world. But I will change it to get people off my back about it. The private world markets are extremely saturated right now aswell, so that’s the main reason why I want to try for this world. I’m not sure why any of this « bugs you », let’s move on please.

You can start picking your name here

The following is a list of airports that have had commercial/civil and international air service in the past and no longer have scheduled commercial/passenger operations.

Blackpool sounds cool… But that’s just one of many

Still allowed to operate to there but nothing flies. 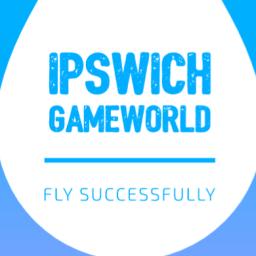 Check out the Ipswich Gameworld community on Discord - hang out with 3 other members and enjoy free voice and text chat.

Here is the new Discord server for our game world. Hopefully, I did not copy another game lol. We need 12 more people in order to start this game world and more are welcome after that. There are plenty of markets available. Once a person joins, I ask that you pick one airline to commit for now and can pick the rest closer to startup. This is to ensure that there is an open market for players who are interested.

just the grammar bugs me