Wings Brasil is an airline based in São Paulo (GRU), South America busiest and biggest airport, founded in July 7, 2019.

Offering service from São Paulo to Brazil’s biggest and most important cities, we believe that a company is nothing without a loyal base of customers. And due to that, we present an inovative yet classic service, presenting luxury and comfort to our clients.

At this point, from São Paulo you can fly to 16 different airports throughout Brazil with our fleet of 8 new and modern aircrafts, as the following:

As of the third week of July, our growth projection includes the addition of two other Bombardier Dash8-Q400’s until the end of July, and the introduction of at least two Boeing 737-700 BGW’s in August.

At the last saturday of each month we’re going to release our financial statements for our clients and shareholders apreciation.

The following releases are regarding the independent auditor’s report, our institutional organization and the financial statements. 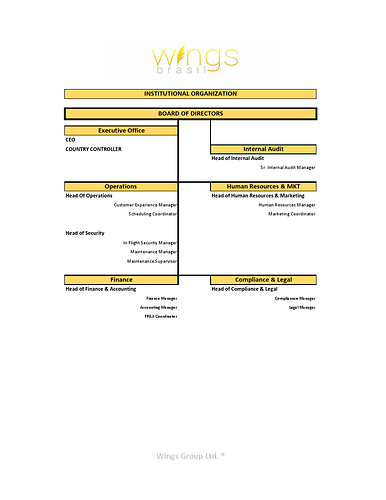 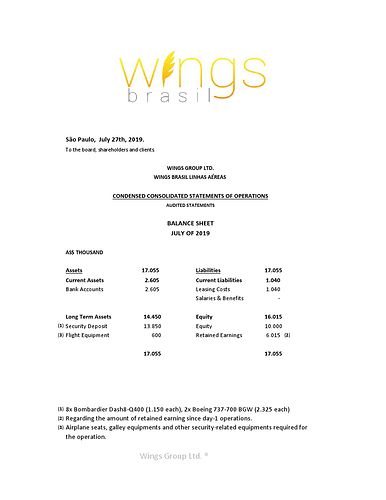 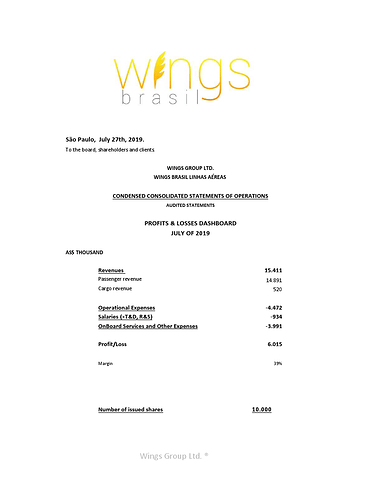 There is no real value in the financial statements and auditor’s report shown above. Fictional content.